All over the Web, churls and haters are claiming that Apple didn’t unveil anything really innovative or surprising at the company’s iPhone launch event in San Francisco today. That’s just not true. For one thing, it’s the first iPhone to be called the iPhone 5. Indeed, this is the first iPhone whose name includes a number greater than 4. Tell me that’s not progress.
What’s more, this year Apple decided to go all out and aim for the “best iPhone we’ve ever made,” according to the parade of executives who took the stage Wednesday. Yes, the same executive said the same thing about last year’s iPhone 4S, 2010’s iPhone 4, and every other iPhone ever released. This time they said it quite passionately, though, so I think they really meant it.
The iPhone 5 is also the first iPhone to carry a 4-inch screen, taller than the 3.5-inch display on previous iPhones. What does a taller iPhone allow you to do? You’re not going to believe this: When you open an app designed for the iPhone 5’s bigger screen, it shows you more stuff than you would have seen on the old iPhone’s smaller screen. Now you can see five days in your calendar rather than three. When you open a news app, like CNN’s, you see more stories without having to scroll. When you look up restaurants in OpenTable’s app, you see more places to eat than you did before. It’s this kind of relentless innovation that reminds you that Apple didn’t become the world’s most valuable company by sitting on its hands.
Advertisement

Am I being too harsh? I probably am. This is what happens when—despite promising to “double down” on secrecy—Apple spills all its secrets too early. Because every single detail about the new iPhone had already been leaked, much of the announcement felt anticlimactic.
In truth, the iPhone 5 is a very impressive device. If you’re in the market for a new phone, you should certainly consider this one. (If you’re happy with your iPhone 4S, though, I see no compelling reason to upgrade.) Despite its bigger screen, the iPhone 5 is the thinnest and lightest iPhone ever made, and the difference is palpable. I played with the device for a few minutes after Apple’s press event, and I was floored by how svelte it was compared to older versions of the iPhone. I also love the back of the new phone, which is made out of aluminum rather than the glass found on the back of the 4S. The iPhone 5 feels more substantial than past versions, and it’s probably less fragile as well. This, maybe, is a phone that you might not need to stuff into a case in order to use—if that’s true, then thin and light might really mean thin and light.
I’ve got only one major problem with the new iPhone. As expected, it has a new “dock connector”—the little plug thingy for charging and connecting your phone to accessories. The new dock, which is also on the new iPods that Apple unveiled today, is much smaller than the ubiquitous connector that Apple has built into almost every iPod, iPhone, and iPad since 2003. The main reason Apple changed the dock is because the old one was too big—there’s just not enough room on Apple’s tiny new devices to fit the honking old connector. But Apple says the new dock has other advantages, too. You can plug it in forward and backward, so it will be easier to use than the old dock, which could only go in one way. Also, the new dock has better internal wiring, which could somehow make it better at transferring data in the future. (It’s unclear if it’s actually faster than the old one right now.)
SINGL 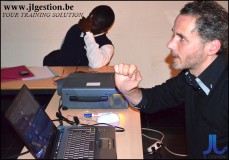 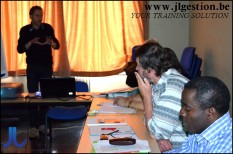 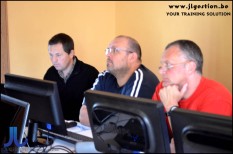 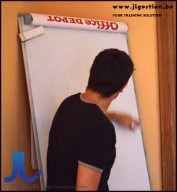 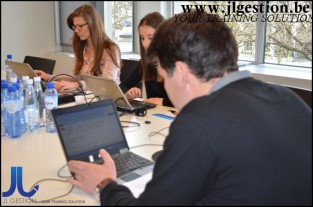 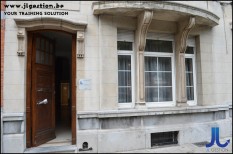 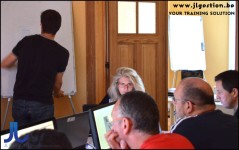 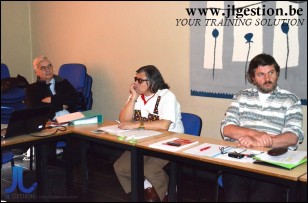 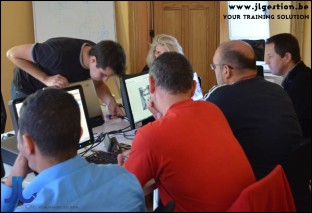 Tailor training for business company. Our trainers are active throughout Belgium